John Lee Dumas is the host of Entrepreneurs on Fire, an award winning podcast. Over the past 7 years he’s interviewed over 2,300 inspiring and successful entrepreneurs such as Tony Robbins, Seth Godin, Gary Vaynerchuk, Barbara Corcoran, Tim Ferriss, and many more.

This week I interviewed John Lee to learn how he grew the podcast from an idea into over 1 million listens a month, and a seven-figure annual revenue!

What came across very clearly to me while speaking with John Lee is that his success arose from two main things;

John Lee Dumas is a clear example of someone doing something once, 10,000 times.

And all those little bits of something add up and you soon start to achieve bigger and bigger things.

Just like John Lee Dumas did… does… every single day. 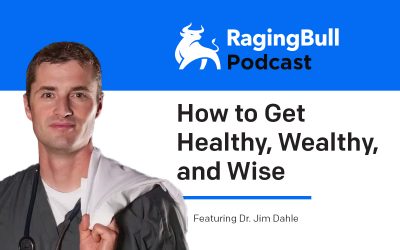 Dr. Jim Dahle – How to Get Healthy, Wealthy, and Wise